Giving Up Alcohol Is an Act of Courage

Remove the stabilisers and ride the damn bike 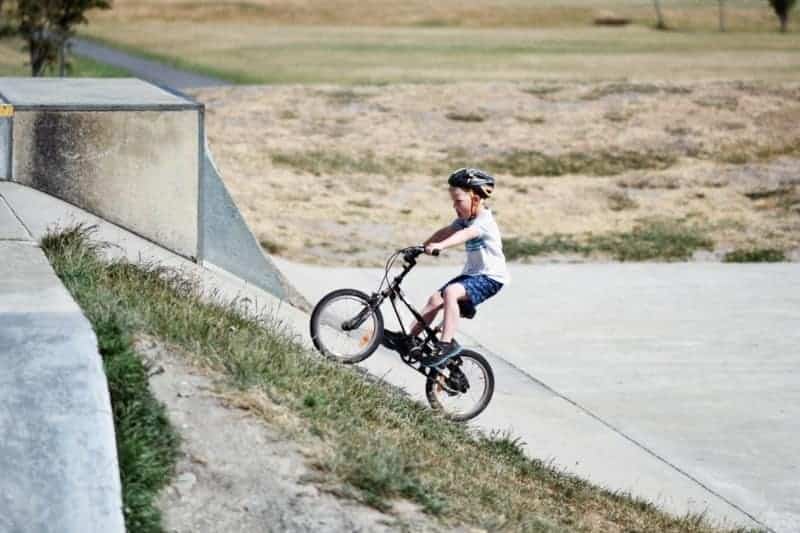 ‘Don’t you miss it?’ asks a friend, previously always horrified that I gave up drinking.

‘Nope. Actually, I wish I’d given up sooner,’ I tell them.
Their question highlights the real truth behind many people’s drinking. Because you wouldn’t ask that about giving up carrots.

Many people cannot imagine living without alcohol and there was a stretch of around thirteen years where I couldn’t either. The idea of going into evening social activities without drinking was bizarre. The idea of eating dinner without it was at least a little uncomfortable.

Alcohol is a mask

We associate alcohol with a level of relaxation that nothing else can achieve.Think about that for a moment. Does that mean that without it, we are unable to relax?

We associate it with a level of comfort in social situations that we cannot reach without it. Think about that for a moment.

Because if these two things are true, we are dependent upon alcohol to relax and feel comfortable.

Now take out all those words until ‘dependent upon alcohol’ is the only section left.

This is what it boils down to.

And that terrified me.

Alcohol was giving me a way to avoid ever dealing with those two absolutely imperative things.

And it’s so easy to buy that I could’ve spent my entire life avoiding dealing with them. I could spend forever wearing an alcohol mask and never being 100% myself in any situation that was remotely uncomfortable.

‘I need a bit of Dutch courage.’ — Ever heard that phrase?

It’s so commonplace that no one ever stops to think about the implications. Because if you need Dutch courage, it means you don’t believe you have enough real courage to cope. Just like you need a beer jacket because you left your real jacket in the closet.

Hey, why summon actual courage if you can just have a drink instead?

Because Dutch courage isn’t courage. It’s like a loan with a massive interest rate. You’re borrowing something and it’s going to cost you a lot.

Every time I drank alcohol to deal with something, I was telling myself that I wasn’t strong enough to deal with it by myself. The more I told myself this, the more it simply became a reality.

Until my confidence was rock bottom. That’s the cost of borrowing courage.

And I wasn’t drinking a lot. Maybe a glass of wine a night. More at weekends. But, y’know, a ‘normal’ amount. This is what we tell ourselves, it’s normal to have a glass of wine every night.

Giving up as an act of courage

Taking off the stabilisers when you learn to ride a bike is shit scary. Before you’d been riding along with ease. But you weren’t really riding a bike, you were getting artificial support.

That’s fine, it’s how you learn. But those stabilisers will come off. Your parents know it, you know it. You want it, in fact. You know it’ll be scary but you want to be able to ride your bike without assistance. You can’t wait to be good enough to not need that support.

It takes real courage to peddle down the street for the first time without stabilisers. To feel that freedom and embrace the risk.

When someone gives up drinking, they’re eschewing a society-sanctioned drug and choosing to support themselves instead of relying on it. And in my case and many other people’s, few people clapped for that stabiliser-free life I’d chosen.

Most people were confused, even irritated.

Why would I give up something that was so much fun?

That was the question, but it wasn’t the subtext. The subtext was this: If you give up, I’m going to have to think about my own drinking. Every time you don’t drink, I’ll be reminded that I still need it.

It took me a while to hear this subtext clearly. For a while, I couldn’t understand why people weren’t more supportive about giving up a drug that’s expensive, makes you feel hideous overnight and makes it literally illegal to operate a vehicle. Ironically, it also makes it illegal to ride that bicycle of yours.

I fully understood the subtext when I started really listening to the rest of their reaction. Which was almost always along these lines: ‘You’ve given up? Why? I don’t drink enough to have to give up.’

When someone tries to justify their behaviour without prompt, there’s almost always something going on. Just watch any Hollywood movie:

The courage you need is already there

Courage isn’t the easiest thing to summon. Of course it’s not. It’s difficult and uncomfortable and often makes us want to hide under the duvet until the situation has got bored and wandered off.

So it’s understandable that when someone hands you your first drink and it gives you a mask of courage, you think, ‘woohoo! I never have to feel uncomfortable again!’

But if your kid said they weren’t going to study anymore because it’s hard and instead they were going to copy off their friend, would you give them a thumbs up?

If they said they were going to ride their bike with stabilisers forever, would you say, ‘sure thing! Genius idea kiddo.’

Because you know that they need to develop the skill and courage to deal with difficult situations from within. And yet, adults don’t. They drink instead.

We encourage our kids to go play with others at a birthday party, but we wouldn’t walk into a room half full of strangers without a drink in our hands. Kids have more courage than adults. We take away their external supports one by one until they can stand by themselves.

And then they hit 18 and society takes that self-assuredness away. Adverts tells us that no party is complete without alcohol. Birthday cards tell us we can’t be another year older without gin and Prosecco. Supermarkets say it’s not summer without a crate of beer.

You are not strong enough to cope without alcohol. This is the message we hear every day.

And you know what guys? It’s a big fat lie.

The more you use real courage, the easier it becomes

When I first gave up, I dreaded going out and not drinking. I avoided it for a while, until I was sure I wouldn’t cave. And then I went out to pubs and bars, parties and socials.

And I quickly realised that the act of being there with a clear head gave me the courage I’d needed all along. And the courage was real. And dependable. I trusted myself to not say anything stupid, not to trip over a chair or flirt with someone massively inappropriate.

And soon the need for courage melted away entirely. Because socialising was no longer scary at all. No alcohol required. No courage required.

When life got difficult, when I had shit days or got shit news, it wasn’t alcohol I needed to help. It was the real courage to think it through and deal with it myself.

Red wine doth not the answers contain. It just pretends to and then hits you over the head and runs off laughing. It’s the bully we think is our friend. It’s Stockholm Syndrome 101.

Giving up alcohol is an act of courage. Real courage. And it’s the first in an exponentially more powerful series of courageous acts.

Because being comfortable with who you are in today’s world is a rebellious act. It’s a courageous one.

Kitiara Pascoe is a freelance ghostwriter, content marketer and author. After three years of sailing around the Atlantic and Caribbean, she washed up in Devon, UK. You can find her on Twitter @KitiaraP and @TheLitLifeboat. She’s the author of In Bed with the Atlantic and The Working Writer and you can find her journalism and blog at KitiaraPascoe.com or her ghostwriting and content marketing services at TheLiteraryLifeboat.co.uk

Writer and Founder of The Literary Lifeboat | Content Writer | Author of In Bed with the Atlantic | kitiarapascoe.com + theliterarylifeboat.co.uk

Do NOT follow this link or you will be banned from the site!